Now I am at the forward Press Camp (at Cuijk) and never have I been anywhere I like better. Women don’t come here and not even many men because it is rather out of touch, being very conveniently close to the fighting. The camp is run by an irresistible Russian major, of great popularity, and an English captain of the most attractive type, consequently it takes its happy tone from them.. Here I seem to have a unique and privileged position and how this has all come about I simply can’t make out and nor can anyone else. All the people in authority know about it and seem to accept it so I suppose it is alright. The British Army has provided me with a jeep and driver and has apparently given me the freedom of the battle front, and also an extension of my visit. I could drive right on the Berlin if I liked and the Germans let me. But I don’t think I will. I spend my days among the soldiers drawing in Cleve, the Reichswald and the battleground villages round about. 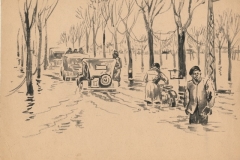 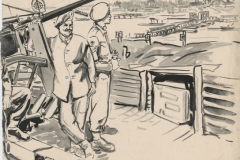 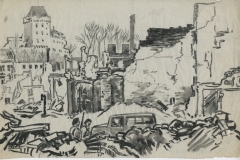 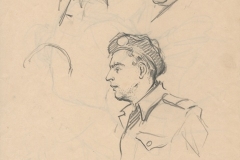 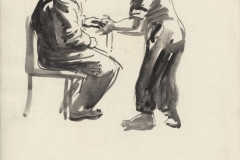 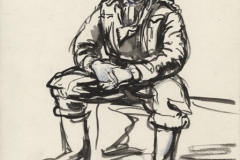 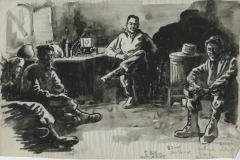 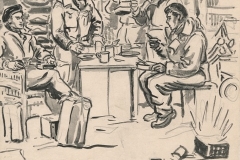 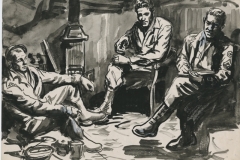 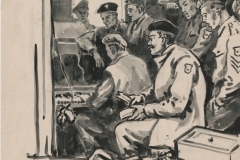 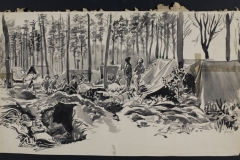 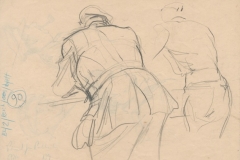 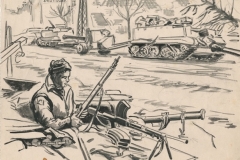 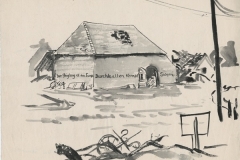 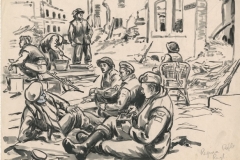 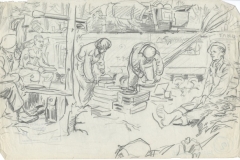 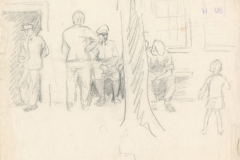 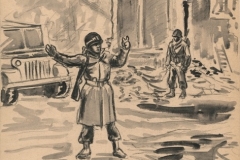 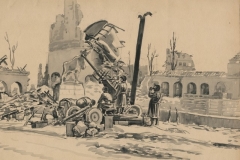 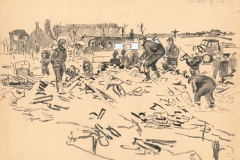