On the Temple and other bombed streets
“People who love the peace and seclusion and tradition of the Temple are heartbroken about it now. It suffered irreparably in the Blitz. Lincoln’s Inn got a fly bomb just behind those ancient houses in Holborn, but they survived. Park Lane is another place I must paint, as it looks so peculiar to see the interiors of the houses open to the world. You know, I suppose, that Chelsea Old Church has vanished, due to a land mine, and Swan House opposite it. There are many queer sights as you walk abroad. It is a pity that winter is upon us as I get chilled to the marrow painting out of doors, but dare not miss the chance. Tomorrow, I think, I’ll do the Guards Chapel, which, you may remember, stopped a flying bomb disastrously.”

On Smithfield
“V2 bomb fell on Smithfield Market mid morning 8th March 1945. The bomb penetrated the railway sidings below the market and in all 110 people were killed, many of them falling through into the railway beneath.” 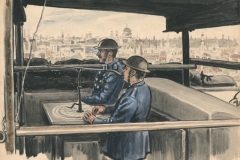 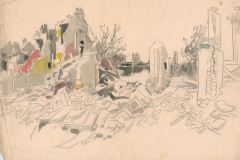 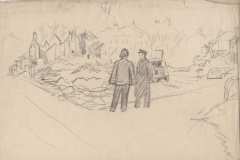 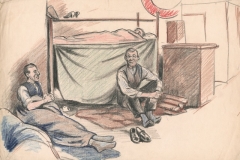 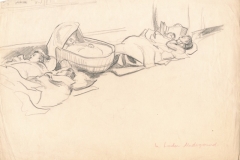 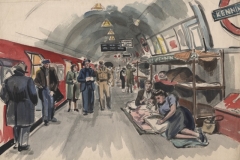 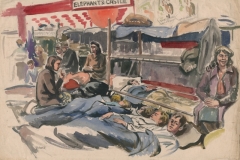 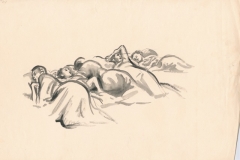 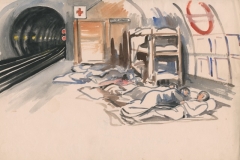 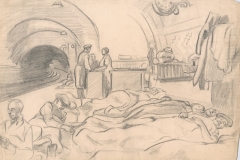 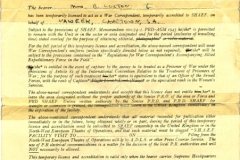 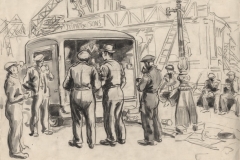 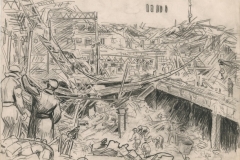 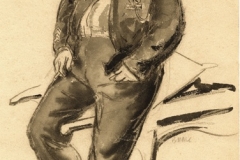 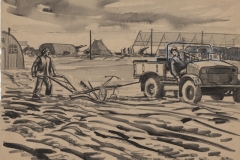 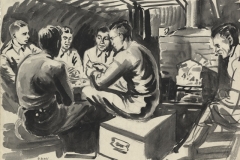 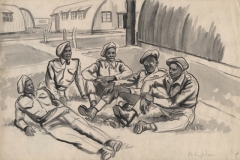 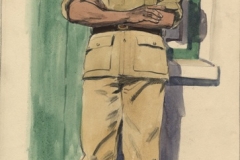